Our archive – your story

'Our archive. Your story'

The aim of the ‘our archive. your story’ project is to raise awareness among a wide and diverse audience on the value of audiovisual heritage by reaching out to people where they live, in their towns and villages. In this way, people will be able to participate in the collection of new funds for the archives of the Centre national de l’audiovisuel and contribute to the enrichment of its collections.

Following the Esch2022 programme, emblematic sites have been chosen in the six selected municipalities in order to create a route around the image and sound archives. These sites will serve as a basis for organising, in collaboration with local partners, a series of events over a limited period of time.

The main theme of our project ‘Our archive – your story’ is to pay tribute to emblematic places in the region targeted by Esch2022. Because it is located in Dudelange, the Centre national de l’audiovisuel has naturally received many documents related to the towns and villages of the mining region over the years. These documents bear witness to the rise and gradual disappearance of the steel industry, but also more generally to the economic, social, cultural, family and daily life of the region. A selection of key locations in the communes will be chosen to be presented to the population.

A temporary digitalisation office will be set up at each site to collect new funds and information. This will allow the CNA to enhance and raise awareness on Luxembourg’s audiovisual heritage, while reaching out to people in their environment.
A special effort will be made to collect recent material from young people and newcomers to the region in order to reflect the plurality of experiences both over time and across different populations.

The Pomhouse, which will celebrate its tenth anniversary in 2022, will serve as a base for the project with a digitalisation office permanently installed during Esch2022. This symbolic place in the south of Luxembourg will also serve as a projection and exhibition space for the sub-project ‘Stëmme vun der Schmelz’.

Exposition our archive – your story

Exposition our archive – your story 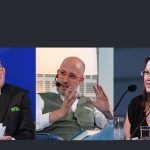